Links
Related Sites
Utilities
Search this blog
Ben & Becky’s Blog
A window into what we’ve been up to!
This entry was posted on Thursday, April 22nd, 2010 at 16:45 and is filed under Holidays. You can leave a response, or trackback from your own site. 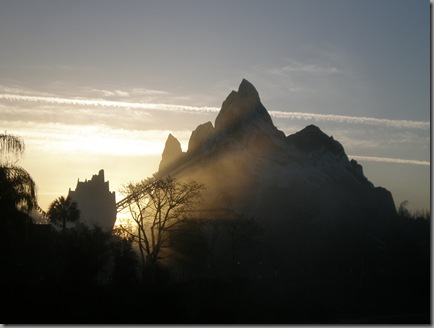 Saturday morning was another early start as we had Magic Hours to take advantage of in the Animal  Kingdom.  So we headed off bright and early on the Disney bus to the theme park.  Even though the weather was very nice, it was still early in the year so the first few hours of the day were quite chilly, possibly damp and definitely misty.  As with other days, we headed straight for the popular rides first to try to avoid the crowds; this worked particularly well with Expedition Everest which we managed to go on two or three times, never waiting more than a minute or two to get on the ride! 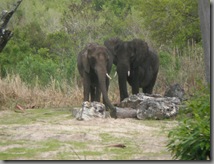 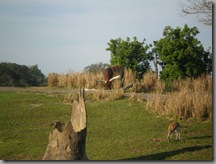 The Animal Kingdom is more of a safari crossed with a zoo which we took full advantage of by going on the safari a couple of times as well as walking around the various trails they have to take in everything we could.  Unfortunately Becky decided it would be a great idea to get on the Kali River Rapids.  Thankfully we had got fast pass tickets for this one so that we could come back once it was a little warmer.  This was sensible since there was a fair risk of getting a bit wet on the ride.  âA bit wetâ turned out to be quite an understatement as (luckily enough) we both managed to get seated in the two seats that got most thoroughly drenched.  A lot of time was needed wondering around in the sun trying to dry ourselves off!

For lunch we had noticed they had a Rainforest Cafe in the park which was somewhere we had wanted to eat dinner on Wednesday night in Downtown Disney but had not had a reservation and they were fully booked.  This time we got in quite early to reserve a table and so headed over there at lunch time.  The food was standard fare but plentiful and the decor and atmosphere does really make you feel like youâre eating in the middle of the rainforest (or at least to someone thatâs never been there it does).

After another trip on the safari to see if we could see any animals that werenât around earlier in the morning, we decided to call it a day and head back and enjoy the hotel pool for a little while â something we hadnât had the opportunity to do so far!  We were going out to visit Ruth and Tom in their new home (Orlando at least, they hadnât yet found an actual home) later that evening so quite fancied a bit of R&R before heading out.  Orlando turned out to be a lot of fun, we had a great meal of tapas (admittedly not particularly American) and a couple of drinks as we wandered around the centre of Orlando.  After drinks it was time to head back to the hotel, we had a very early start to get back to Miami in time for our flights the next morning.  Off back to Europe and away from the sunshine; at least for a little while. 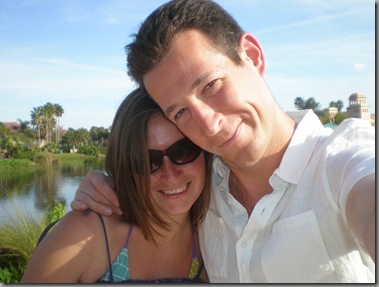