Links
Related Sites
Utilities
Search this blog
Ben & Becky’s Blog
A window into what we’ve been up to!
This entry was posted on Monday, January 11th, 2010 at 22:36 and is filed under Holidays. You can leave a response, or trackback from your own site.

Initially I wasn’t sure what date to put in the title for this post because we were originally supposed to head to the UK for our Christmas holiday on the evening of 21st however, as anyone travelling to the UK around that time can testify, Mother Nature had other ideas.  The UK was suffering quite badly from snow and ice so we had spent most of the day checking to ensure that the airports were OK and flights had not been cancelled.  We headed off to the airport hoping that the weather reports that had Luton listed as getting heavy snow that evening were somehow wrong.  Unfortunately as we arrived at check-in we were greeted by the news that our flight had in fact been cancelled.  We weren’t sure what exactly to do, and the staff suggested waiting a little while since their systems had switched to showing the flight as only delayed, not cancelled.  We patiently waited (along with a fair few others) however no-one really seemed sure what was going on; the UK was reporting that Luton airport was closed, Zurich airport was reporting that the flight was only delayed, but apparently the plane was in Luton so how that was supposed to get to Zurich in time to get us back to Luton was anyone’s guess.  After an hour or two of waiting around we decided the flight was not actually going to fly so went online to alter the booking (free of charge) to the next available flight which was the following day at about midday.  While this was not ideal since we already had plans for the next day (plans that required us to be in the UK!), we decided it could have been worse.  We headed home a little bit depressed that the start of our holiday had gone so terribly wrong, so we decided to have an early Christmas and open some of our presents that we weren’t going to be able to take with us to the UK.  This provided some enjoyment and lifted our spirits enough for us to get a good night’s sleep. 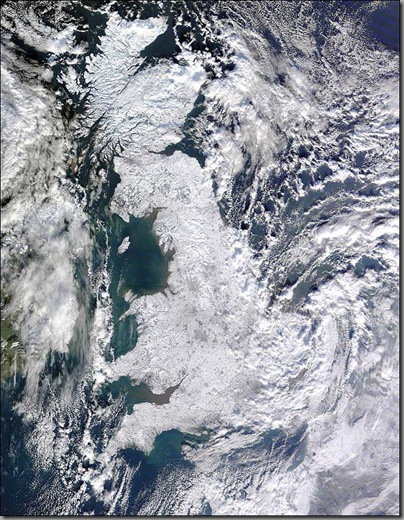 We got up the next day feeling hopeful that things would go well today, after all they’d had the entire day before and morning to clear things in Luton, how long would they really need???  Unfortunately that feeling didn’t last long as Becky checked online and straight away saw that our second flight had been cancelled.  This time when we tried to change the booking online the next available flight from Zurich would have been the evening of 23rd December – a full two days after we were originally supposed to get to the UK.  Considering we were supposed to be in the Cotswolds the afternoon of 23rd, that was less than ideal!  We quickly had a look to see if there were any other possibilities of getting there earlier than that, not really expecting to find too much, but lo and behold, Swiss somehow had return flights to Birmingham (which is really a more convenient airport for us anyway) for a very reasonable rate (less than

CHF 300 return each) and the flights were going to be leaving at midday that day.  Without wasting any more time we booked the flights and suddenly things seemed to be improving – we were going to make it to the UK that day, and we were going to a more convenient airport, and we didn’t need to worry about extra baggage allowances and it would be generally a more comfortable flight what with it being Swiss instead of Easyjet!  We were prepared to

accept the additional cost of booking completely new flights if it meant that we were going to be able to enjoy our Christmas – just to make everything that much better, Easyjet actually refunded the entire cost of our return flights to the UK for that holiday as well!

Despite reports of snow inbound to Birmingham, Swiss still managed to get us there so we were picked up by Becky’s parents only about 15 hours later than originally planned.  Although this had somewhat messed up plans for 22nd, we had planned on having a pre-Christmas Christmas dinner because Becky and I would be with my family for actual Christmas Day, we were still able to get back early in the afternoon so hadn’t lost the whole day.  We had a very nice Christmas dinner and were able to get all the present wrapping we still had to do completed.

The following day we packed up the presents and what we would need for the rest of the week, and headed off down to the Cotswolds.  Every two years my family (on my father’s side – he was one of six) have a bit of a get-together where as many family members as possible all gather in rented accommodation for the Christmas period.  Generally this is either a huge manor house or collection of cottages, this year it was Middle Stanley Farm, just on the border of the Cotswolds.  This was only an hour and a bit drive from Becky’s parents place so we headed over in the early afternoon aiming to avoid the predicted snow if possible.  We arrived (with the help of GPS) without too much trouble, just as it was starting to snow.  We were luckier than other members of my family though, one group had experienced a puncture and had to change their tyre and another group managed to get down the wrong driveway, only to realise it was no longer possible to get the car back out!  We were just happy to have made it there!