Links
Related Sites
Utilities
Search this blog
Ben & Becky’s Blog
A window into what we’ve been up to!

You are currently viewing the archives. Please feel free to browse around until you come across a post that interests you. Don't forget to leave a comment after reading!

After just (relatively speaking anyway) having seen Faithless at the UMF in Miami, we had an opportunity to see them live in Zurich.  They were playing in the Volkshaus which, in my opinion, is one of the best venues to enjoy a concert (we saw the Kaiser Chiefs there last year).  The venue is relatively low capacity, only a couple of thousand, so is too small for most bands.  Faithless had managed to sell out the venue but even so we were able to get to within about five rows of the front of the stage without any problem.

The support act was a DJ who played some very interesting mixes of current chart music with funky beats over the top of it.  It was a good way to start the concert and things were looking good when, after about 30 min, he wrapped up his set and the roadies came on stage to get everything prepped.  Unfortunately for whatever reason they took over 45 minutes just wandering around the stage shining lights into little nooks and crannies.  Iâve no idea if this was a band led delay or a technical delay, but it started to put me (and I guess everyone else) into a pretty bad mood.  This was not helped by the fact that the Volkshaus was roasting â I can only assume they had not yet turned on the air conditioning for the summer.

Thankfully once the lights did finally go off and Faithless came out on stage it was a fantastic performance.  The heat didnât stop anyone from jumping around an dancing manically as they played all of their hits like Salva Mea, Insomnia, Not Going Home and of course We Come One which they finished the concert with.  After the delay coming on stage they did manage to play for almost two hours so we felt that we had got our moneyâs worth.  It was a great live show and there was so much energy in the performance that we were still buzzing as we headed off to the train station and home. 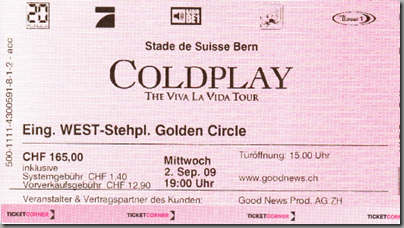 With typically poor timing, the weather decided to change from the clear blue skies and 30+ degree heat to stormy and wet (although thankfully still quite warm) just in time for us to head down to Bern for the

Coldplay concert.  Unfortunately Coldplay are now so big that they can no longer fit in any of the venues in Zurich, so it was down to the Stade de Suisse in Bern.  Unfortunately Becky had some meetings which meant that we couldn’t make the same train as the rest of our friends who were going, but we caught the next available ‘Extrazug’ (trains laid on just to take the concert goers there and back) and met everyone inside the stadium for drinks and food before the concert started. 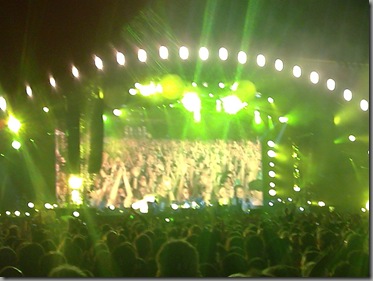 Unfortunately my advanced planning of bringing an umbrella with me to keep us dry hit a snag when I realised they weren’t going to let me in with said umbrella.  I carefully hid it outside the stadium so that I could pick it up again on the way out, although of course I ended up leaving without it as it would have been too much effort to fight my way back to get it at the end!  We thought we’d almost got away without needing it however, when the concert started and the sky appeared to be clearing. 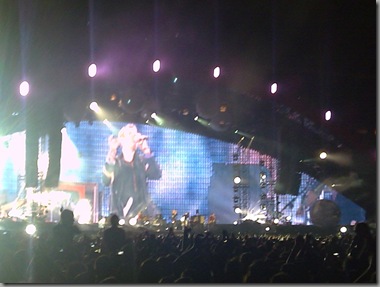 The band started up and had the crowd going instantly by playing several of their hits one after the other.  Unfortunately there were so many people there (sold out concert) that we couldn’t get very close to the front, but the sound was good enough that we could still enjoy the concert.  Just as it started to rain the band disappeared from the stage.  We wondered if they’d given up because of the rain, which would have been a little disappointing, when they suddenly appeared very close to us at the back of the stadium for an acoustic set.  Their first song was ‘singing in the rain’ which was very apt as the clouds continued to shed their load all over us.  They also played Billie Jean, assumingly in tribute to the late great Michael Jackson, and then returned to the main stage to finish their set. 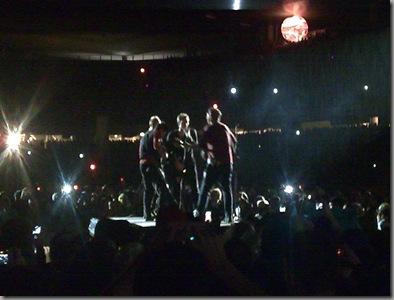 After the concert we all trudged back to the train station to try and get back to Zurich.  Although the journey felt like it was lasting forever, we were back in Zurich before long.  This was helped along by the entertainment Carl provided in the form of his singing along to 80s tracks on his MP3 player.  I’m not entirely sure the rest of the carriage appreciated this impromptu concert, but it certainly livened things up.  A great concert, reinforcing the fact that Coldplay are one of the best live groups in the world. 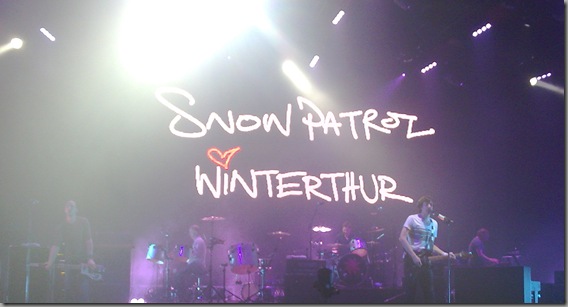 I managed to make it back from Germany in time to for us to head to Winterthur for the Snow Patrol concert on the evening of 28th May.Â  After struggling to find parking, and worrying that we were going to be late for the concert, we managed to make it in.Â  Almost failing in that too – as we joked that it would be pretty stupid to have got to the concert without tickets as we passed the touts I noticed that the tickets were not in my pocket anymore!Â  After almost suffering a heart attack I retraced my steps quickly and thankfully found them lying by the side of the road – that would not have been a good start to the evening! 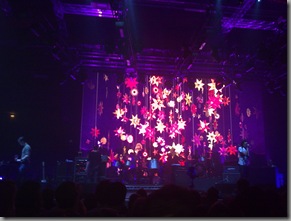 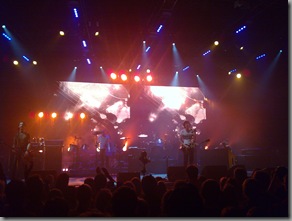 Snow Patrol were brilliant.Â  They have a reputation for being able to get the crowd going, however we were somewhat sceptical as to whether they could achieve that in Switzerland or not, but they definitely did.Â  From the off the music sounded fantastic and the stage performance was second to none.Â  If anyone out there has the opportunity to go and see them live; take it! 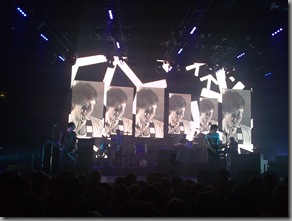 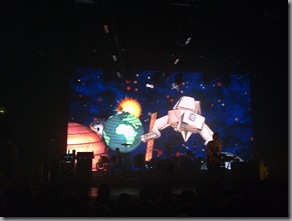 After a full day of skiing and an evening of Fondue, we were at a bit of a loose end come Sunday afternoon.Â  An early night on Saturday had me up at the unholy time of 08:00 so everything that needed to get done on Sunday was done well before midday, so what to do?

As luck would have it we got an invitation to a birthday party (or better said some birthday drinks) taking place at a pub in Baden.Â  Without thinking to ask which pub, off we headed.Â  Thankfully, knowing the birthday girl well enough, we had assumed correctly which pub she meant so we had a nice couple of drinks in the Pickwick, catching up with some old friends.

The birthday girl had to leave early however as they had an early start the next morning to get to Paris (her birthday present from her boyfriend fiance) which suited us just fine as we had a concert to get to! 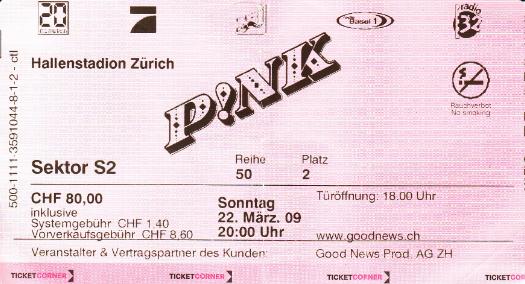 Upon arriving we found the concert was extremely full, if not sold out.Â  Thankfully we had seated tickets so were not too cramped or jammed in.Â  We were a bit close to the side of the stage for my liking, meaning the viewing angle was a bit restricted, but on the plus side it was close (and loud).Â  Probably one of the more commercial concerts I’ve ever been to, but an impressive performance and show – all in all good fun!

· No Comments (View or leave a comment)
· Concerts, In and Around Zurich